The Button Collector Goes to London

Posted on April 7, 2014 by Elizabeth Jennings 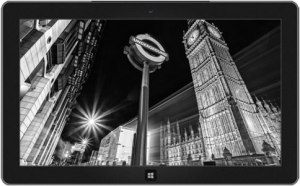 Exciting News!!  The Button Collector will be at the London Book Fair on Tuesday and Wednesday, April 8-10, 2014.

Even though The Button Collector fits comfortably in the genre of Southern fiction, I’ve always felt it also resonates with UK literary works.  As a writer, I’ve been influenced a great deal by Virginia Woolf and her exploration of female creativity, especially the ways in which women tend to find meaning in the little details of life.  As in many of Woolf’s works, the theme of sewing and mending runs throughout The Button Collector.  I don’t think it was a coincidence that one of the book’s first reviewers was the British craft blogger Knitncaboodle.

The London Book Fair is a huge international trade fair held annually.  My book will be represented by The Combined Book Exhibit in the New Title Showcase.  Many thanks to Cup of Tea Books for sending my book to the Fair!

I am an author living in the Blue Ridge Mountains. My first book, The Button Collector, was released May 6, 2013, by PageSpring Publishing.
View all posts by Elizabeth Jennings →
This entry was posted in Uncategorized and tagged book fair, British, combined book exhibit, knitncaboodle, Knitting, London, London Book Fair, publishing, UK, virginia woolf. Bookmark the permalink.

2 Responses to The Button Collector Goes to London